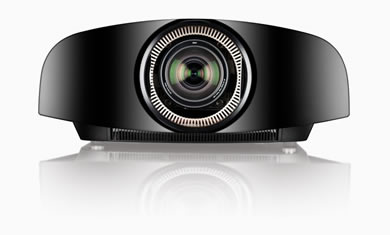 Designed to replace the VPL-VW1000ES released in 2012, the SXRD-based VW1100ES sits at the top of the company's range, which also includes the cheaper 4K projector VPL-VW500ES launched during the IFA trade show in Berlin this month, and the Full HD 3D VPL-HW55ES.

The newly unveiled model includes the new 4K Ultra HD standards, such as HDMI specification version 2.0, which can deliver 4K 60p content. In addition, it offers 2,000 ANSI-lumens of brightness and is capable of throwing a picture on to a screen of up to 300-inches in size.

Sony's Advanced Iris3 technology is on board to provide deep black levels, with Sony boasting a contrast ratio of 1,000,000:1 (dynamic).

It is also 3D-capable, delivering Full HD to each eye, and uses Sony's Reality Creation picture engine to upscale standard, HD and Full HD content to 4K. The projector also has a dedicated algorithm to make the most of the extra information found on a "Mastered in 4K" Blu-ray disc.